This recipe dates back to 2011 when Jamie was working in Portland, Maine. One of the signature dishes at the bakery she working at was a Cinnamon Swirl Coffee Cake, and it was so popular that she was baking it 4-5 days per week. The second this baby comes out of your oven, you will see why it was such a fan favorite. It is a giant coffee cake that really makes a statement. It has a rich sour cream batter with an addicting cinnamon and pecan swirl. It feeds a crowd and is perfect for Easter brunch, a baby shower, or any large breakfast gathering. The key to this coffee cake recipe is to let the sour cream and baking soda sit for a long as possible before you make the batter. The sour cream turns foamy and makes the decadent batter light and fluffy while it bakes. 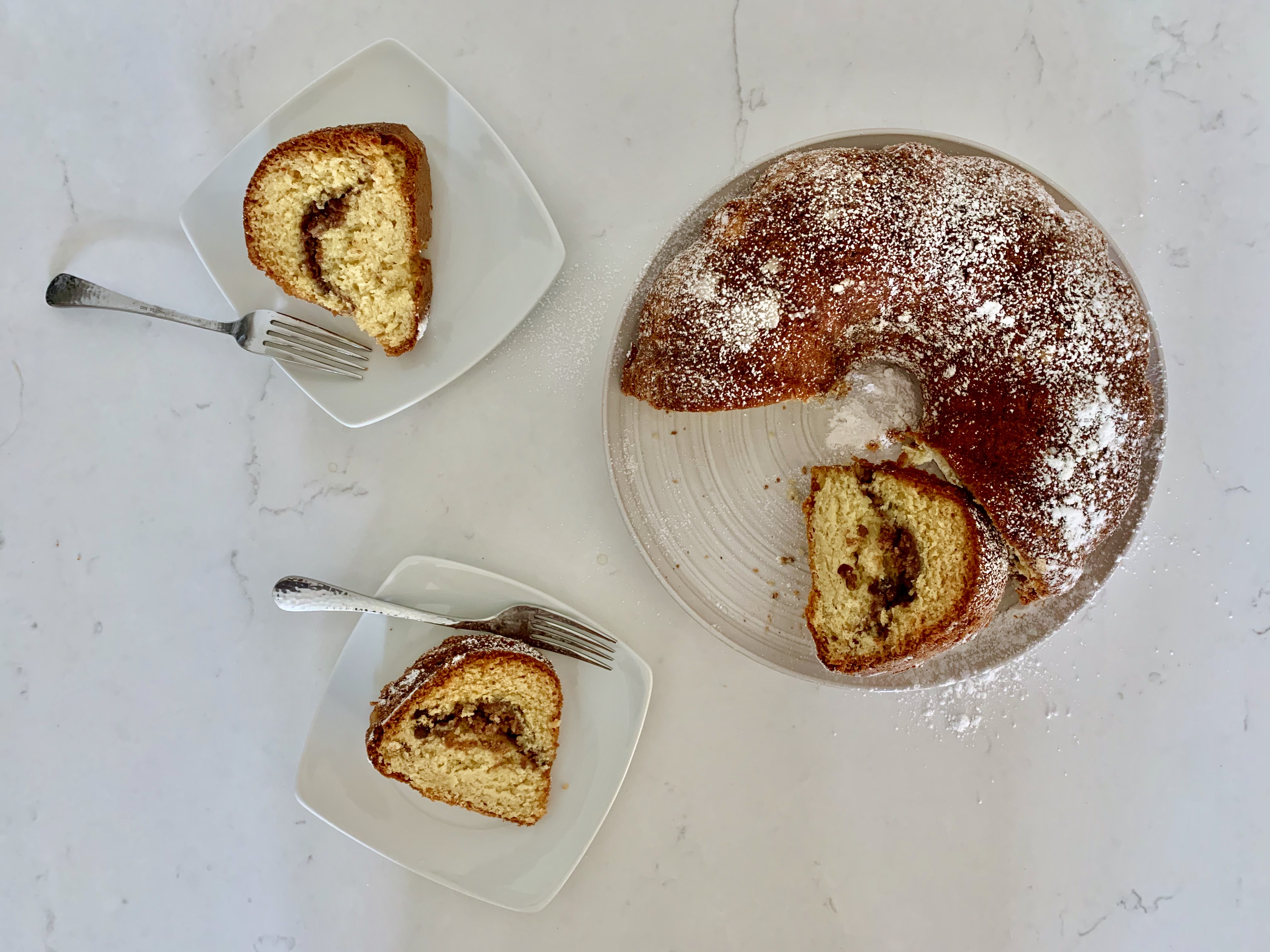 Ingredients for the Cake

Ingredients for the Cinnamon Crunch