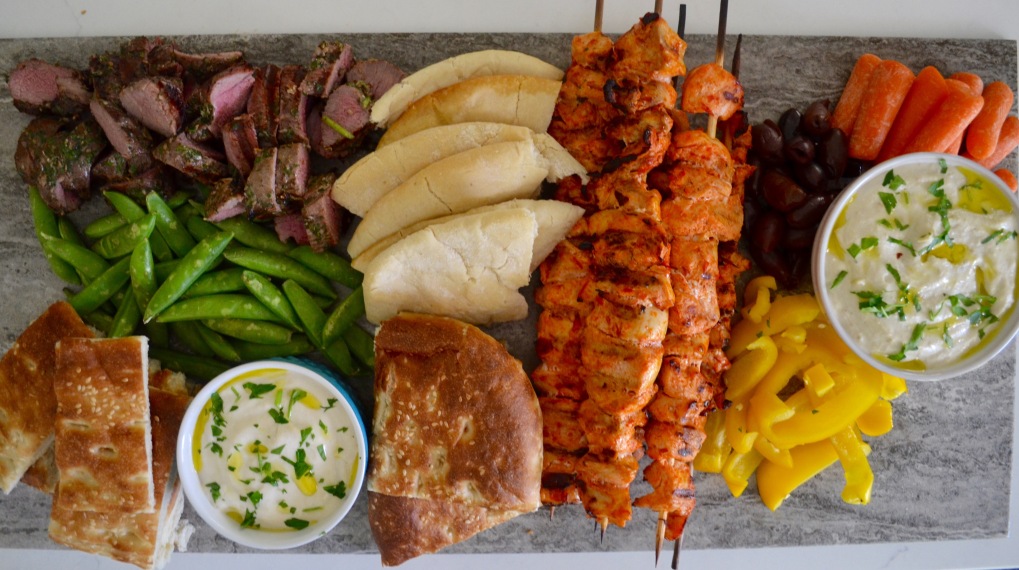 This year was a special Mother’s Day for a lot of reasons. This was the first year that Tate’s mom was celebrating being a mother to both a human and a fur child, and due to the pandemic, the first year that Tuck’s parents were home for Mother’s Day. We knew we had to do something really special to celebrate the big day. Tuck’s mom took the lead on menu planning and prep so that all the moms could have a relaxing day without being slaves to the kitchen. Here is how the menu and day played out.

We tried to create a menu that had a little something for everyone. Our mom loves Israeli food and the restaurant Safta here in Denver in particular. When Safta opened she went to a food event with the head chef, Alon Shaya, which means we are all owners of his cookbook. We wanted to take elements from his book that we all love and create a menu from it. Originally we had planned to have appetizers and lunch as two separate courses, but decided having lunch as one big platter of food would serve the mood of decadence and be easier to prepare. It ended up being very family style, which feels appropriate to the day even if it isn’t the best social distancing practices.

When planning a menu as extensive as this one, it is important to be strategic in time management and designating specific areas to extend the most energy. The first step to doing this is buying as many items that are pre-made as possible. We bought all of the “snacks” from our favorite Middle Eastern market, Arash. They have better hummus than we could ever make on our own and it is an easy way to eliminate a lot of prep work. Making homemade pitas with a menu this large would be absurd, so we bought those as well and threw them on the grill so that they were hot and crunchy when we sat down to eat. We marinated the chicken kabobs and lamb meat the day before, so that all that was left to do the day of for those dishes was to cook them on the grill. The pound cake is a favorite recipe of ours from the Safta cookbook and easily can be made the day before, which eliminated having to spend a lot of time Sunday morning on dessert.

The final preparation for lunch was pretty easy with the help of a few extra hands. We had Tate’s dad grill the lamb and chicken in the backyard, Tuck’s dad on roasted cauliflower duty, and the Tuck’s mom assembling the platters. The key to any platter, as you can read from our cheese board assembly posts, is that more is more. We divided the dips into small ramekins so that each platter had a little bit of everything and filled the boards with veggies and pitas once the entrée kabobs were cooked. The visual is stunning and almost overwhelming- they are always a crowd pleaser!