If you have been around the Neistat family for at least one summer, you have likely experienced the famous ice box éclair cake that our dad makes. If you haven’t been lucky enough to eat it, we know you’ve heard about it. The gist of the ice box eclair cake is layers of graham crackers and thick vanilla pudding topped with a rich layer of chocolate ganache. He claims his recipe is a secret (we are pretty sure it can be found on the back of a pudding box somewhere) and that he won’t share it with us, or you. In lieu of sharing his recipe, we have done our best to reimagine this dessert into something of our own. Introducing our S’mores Ice Box Pie: everything we love about Rick’s ice box eclair cake, in pie form, with a gooey torched marshmallow twist for summer. 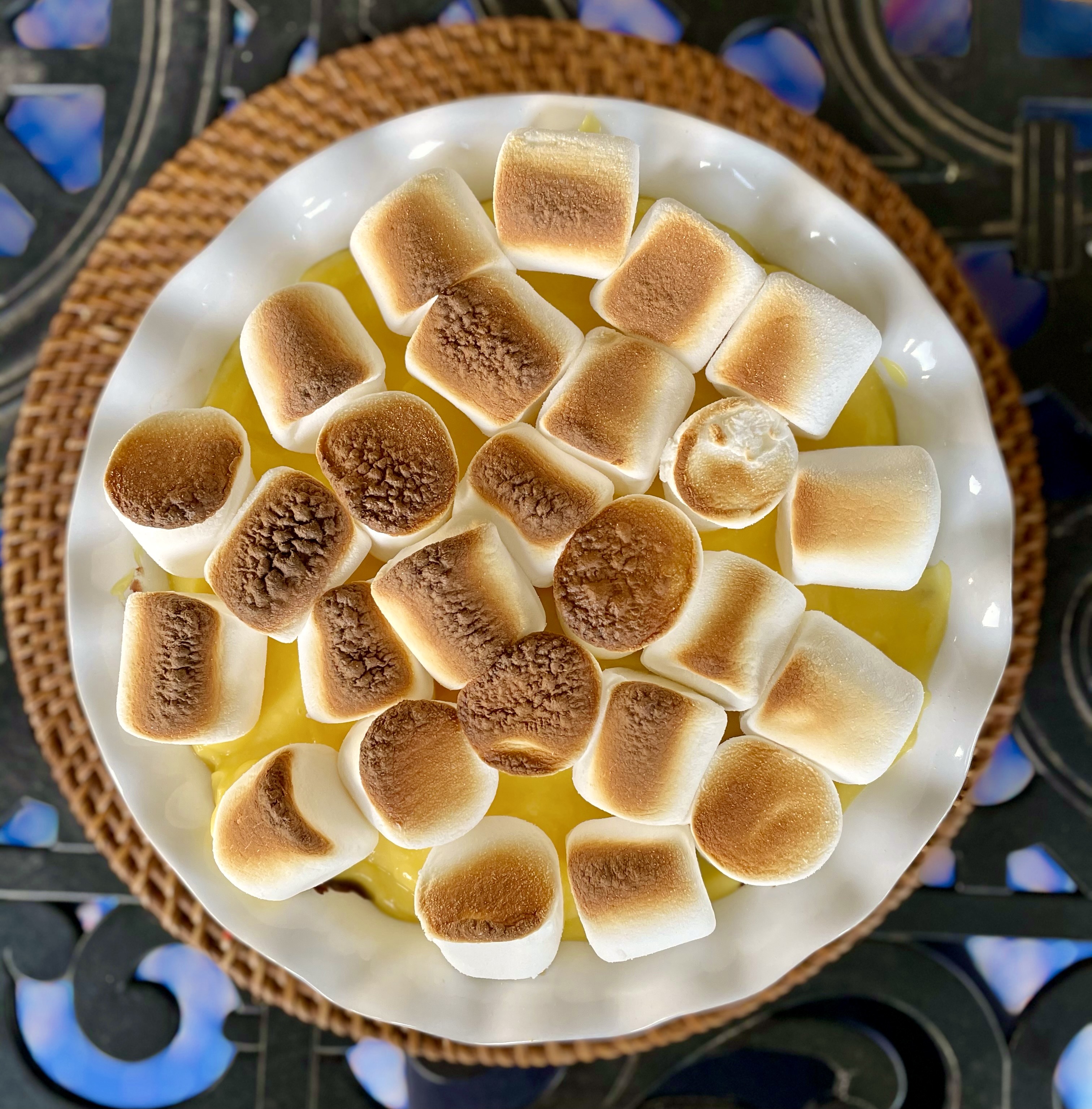 The perfect chilled summer dessert that is a guaranteed crowd pleaser. While you can make this pie with about 60 minutes of refrigeration time, it can also be prepared the night before if you want to get some of your cooking done in advance.