We introduced Nana’s famous challah recipe a few months ago and have been making challah almost a few times a month since. Nana’s recipe is our go-to for a tried and true classic challah. As time has gone on, we have experimented with different ways to modify this recipe and introduce new flavor profiles to make this recipe transform into something new. We were craving something a little sweet this week and decided to bake a cinnamon swirl challah that we could repurpose for French toast or eat straight out of the oven with butter or cream cheese. The challah is perfectly sweet without feeling like dessert; it has been a favorite for everyone but especially with kiddos. 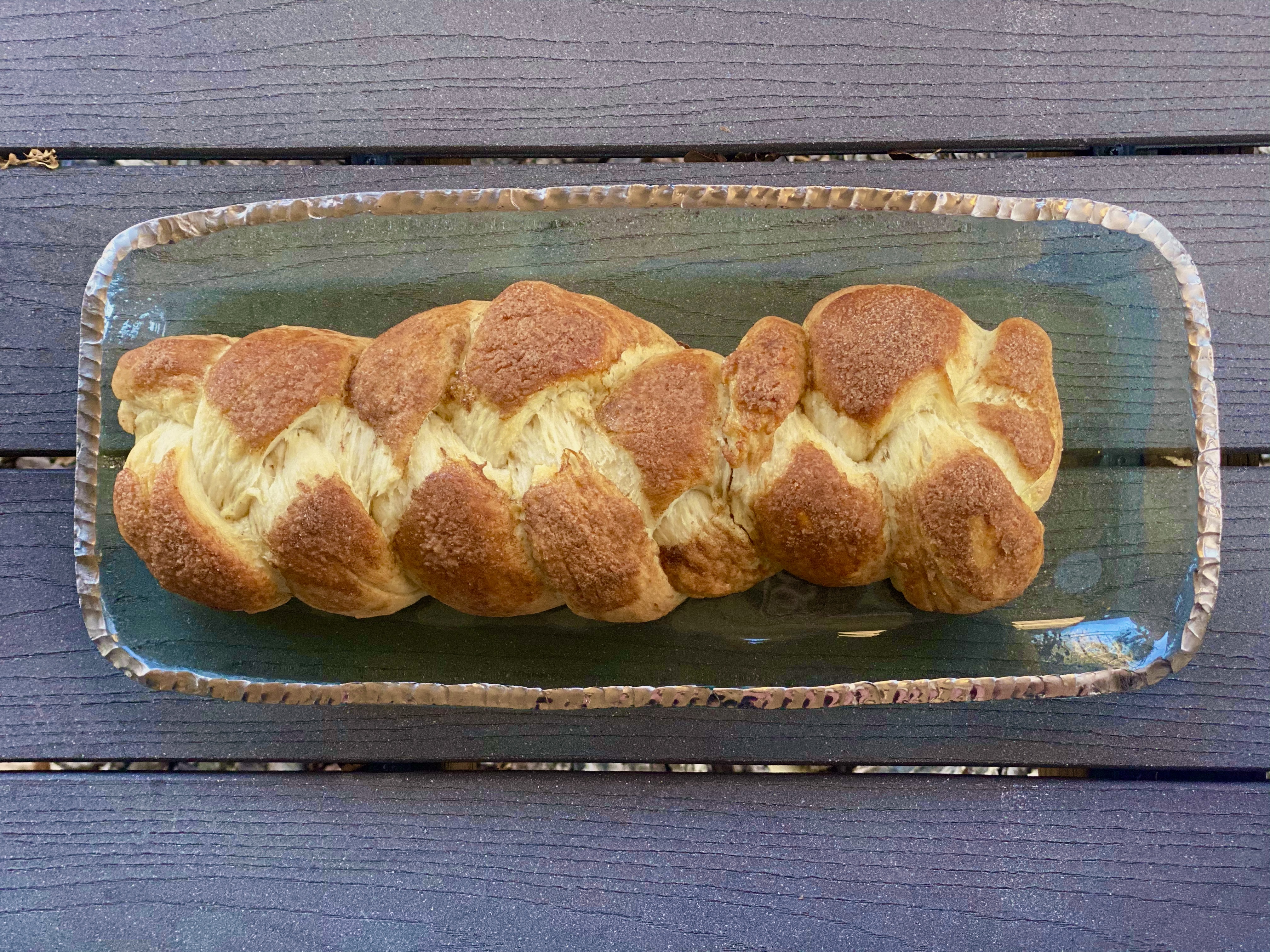 Our spin on Nana’s classic recipe to make the challah a bit sweeter and perfect for French toast.